Accepting the Unexpected – My Story 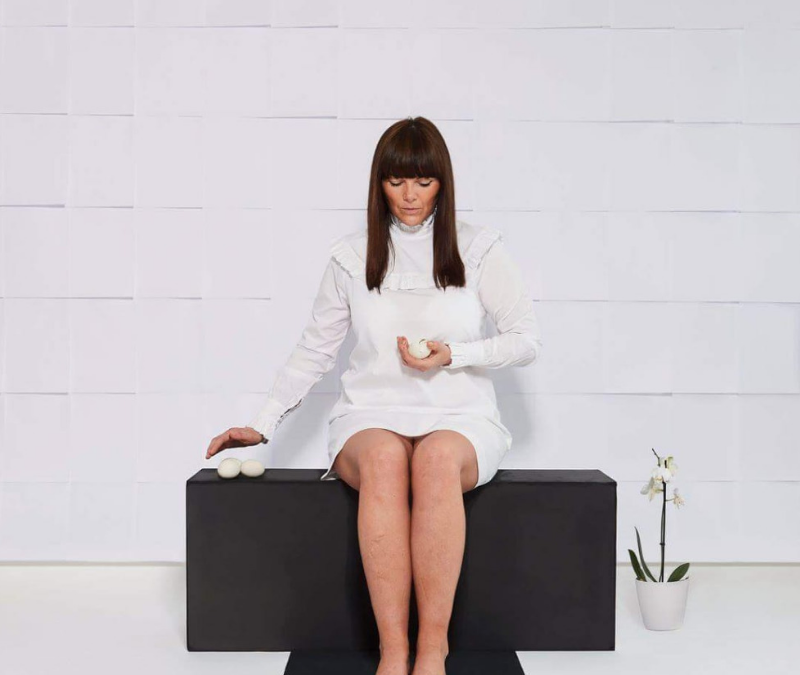 I’d always just taken it for granted and presumed that ‘when I grew up’ I’d have 2 kids – a boy first ( to look after his younger sister) then a girl. That was always my story from as far back as I can remember. The years passed, I was busy having fun with my friends, clubbing around the country, going on holidays & living for the weekends. I’d always loved travelling since gong on my first girlie holiday when I was 17, and I went on to live in Corfu at 19 where my other passion for DJ ing began. Life was good. I remember being carefree most of my twenties, loving life.

I was about 28 years old when I first seriously thought about having a baby. I was in a relationship so we agreed I’d stop taking the pill and see what happened. NOTHING happened. I wasn’t too concerned as I was still young and my mum re assured me “I’d be OK as women have them in their forties nowadays” so that was it, Mum said I’d be fine, so I put it to the back of my mind, and when anybody asked when I was going to have kids I just replied “one day, not yet though”. I should have told them to mind their own business, how did they know it wasn’t a sensitive subject!

The clock was ticking …

Fast forward 10 years – still no kids. I was 38 and the biological clock was ticking. The ‘when you having kids’ question was still being asked and was starting to bother me. I did want a baby, and I wanted to make my mum a grandma just as much. it was at this point I missed a period. Could this be it? I did a test – negative. I left it a week or so, no period so I went to see the doctor. I can still vividly remember that day, full of hope, anticipation and excitement, to be told “I’m sorry Miss Drage you’re not pregnant – you are pre menopausal”. WHAT!!! I was 38 not 58! Surely there was some mistake.. I’d switched off after that, I remember hearing ‘fertility clinic’ mentioned a few times but I was in shock. I went to my car and sat in the car park for what felt like an eternity. I cried and cried. I felt totally overwhelmed, feelings of sadness, despair, and worthlessness. I had never felt so alone in my life. How was I going to face my family …

The next few years were a blur, depression set in, I had months off work and I split with my then partner. I stayed on my own for a couple of years trying my best to muddle through and make sense of this life. During this time I had to have my fallopian tubes removed, and it was then I was advised there may be a chance I’d be able to try for a baby through IVF – but I needed to act NOW. I was still single so how the hell was this going to happen … So, I had this friend, he was single – no kids and yep you guessed it! I had this crazy idea we could do this together, so I called him. He agreed. Oh my God, was this really happening! I was so excited about the prospect of being a mum at last. We had several appointments with the fertility clinic, all set to go. On the morning of the appointment to start the procedure something was niggling me to call and double check I was still eligible for funding ( due to my age as I was now 40). The lady on the phone put me on hold whilst she went to speak to somebody and came back to inform me that ( not in these exact words ) no, unfortunately I wasn’t as I was now too old . I remember feeling my heart sink, I was devastated. I couldn’t carry on with this emotional craziness. This obviously wasn’t meant to be, so I made the decision to cancel the appointment. For one I didn’t have the funds, never mind the energy or the strength to carry on with it. Life went on, I continued to push down the awful feelings that I got when I saw a baby or a pregnant woman. The feelings of grief I suppose, grief for the loss of something I would never have. It was hard. The depression returned, I felt a failure, as a woman and as a daughter. The menopause kicked in, my moods were eratic, the sweats were debilatating and I was constantly consumed by negative thoughts, surely this wans’t how life is supposed to be.

It was New Years Eve 2013, I was in bed and remember thinking I just wanted to go to sleep and not wake up. I was sick and tired of feeling like this. I hated myself. This was my lowest point. I don’t know what happened that night, but when I woke up that New years day 2014 something had shifted. I knew I couldn’t carry on as I had been. I also knew it was only me who could save myself, so I decided there and then to do something about it. This is where my journey of self discovery began. I enrolled on The Art of Living course which one of my best friends recommended, this was one of the best decisions I had ever made. I was introduced to Meditation, Mindfulness and breathing exercises 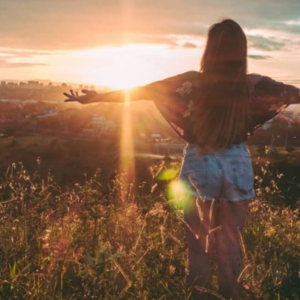 to help with stress and emotional wellbeing. I felt so out of place at first, I had very little confidence or belief in myself, and felt like everyone was judging me .. how wrong could I be! By the end of the first day I had this overwhelming sense of belonging. Everyone was there for the same thing, it felt like one big family. Over those 5 days I learnt so much, and by the end of the course I was a different person. I felt as though I had woken up. I felt alive for the first time in years. My mindset was changing, I was noticing things I had never noticed before, my awareness was on fire! My journey had well and truly began, and I was excited for the future!

In Feb 2014 I went to a workshop called Dare to Dream, this is where I met Sally Canning, she introduced me to EFT ( Emotional Freedom Techniques). I remember at the beginning of the day Sally asking me what I wanted to do with my life, I had no idea, 6 hours later I knew exactly what I wanted to do. I wanted to do what she was doing. Inspiring and empowering women to believe in themselves, and help free them from the limiting beliefs that are keeping them stuck.

The experience I had that day with Tapping changed my life, and I will be eternally grateful to Sally for this, who is sadly no longer with us. I went on to be mentored by Sally for 6 months, during this time I let go of so much ’emotional baggage’ and I started to see and feel differently, about myself, and the world. I was starting to like myself, and this for me after years of self loathing was huge! I later trained in EFT ( Tapping) as I had such a powerful results with it myself and felt the need to share this with others. I felt as though had found my purpose, at last. Life was flowing.

Fast forward to January 2015, out of the blue after about 2 years of not having a period I had one. I went to see the doctor who rushed my through to see a specialist. To cut a long story short I had pre-cancerous cells in my uterus and was advised to have a full hysterectomy. Without hesitation I agreed. The operation came and went. I felt fine until one of my friend fell pregnant. I was so, so happy for her, it had been a long, tough journey for her, and if anyone deserved this, she did. However, all these unprocessed emotions that I thought I’d dealt with came to the surface, I wasn’t prepared for this! I really thought I’d dealt with all this s**t, evidently I had not. It was awful, I couldn’t help but distance myself from my friend which made me feel guilty on top of everything else. I had to do this to give myself the space to deal with the way I was feeling. Thankfully I had my emotional tool-kit to help me through this. I refused to let the depression take me down again. This is when I stumbled across The Dovecote Community whilst scrolling on Facebook – this is a private group created by amazing Kelly Da Silva which offers a safe space for women just like myself to connect with each other.

This was a blessing and definitely helped me through this part of my journey. It turned out that Kelly was also an EFT practitioner ( meant to be!) so I booked myself a Skype session with her. WOW! This helped me to process and let go stuff I didn’t even know was there! I remember during the session feelings of resentment coming up for my mum! So we tapped on this, and it turned out I had been unconsciously carrying this around with me for years. I was resentful because my mum had always reassured I would be OK, and women had children later on in life nowadays. My (subconscious) mind had held on to this as ‘fact’ so there was a part of me that was unknowingly blaming my mum for me not having children. Bizarre! The session with Kelly really helped me to release the trapped emotions that I would never have been consciously been aware of had it not been for EFT. I have dealt with all of that now and I don’t BLAME anyone as by blaming others is just giving your personal power away. So back to now, my friend now has a beautiful little girl and everything is great. I now feel I have fully come to terms and accepted ‘what is’. I feel emotionally free and in a really good place mentally, in fact the best place I have ever been. I have since gone on to help lots of women with their emotional struggles, I love the work that I do and I am continuing to learn new skills. I have also trained as a clinical hypnotherapist, Indian head massage and currently studying Crystal therapy which I integrate in my therapy sessions.

I am grateful for my struggles as without them I would not have found my strengths. I hope my story will give other women hope for the future. There is still a life even without kids.

For information on how working with me may help you then please email me: mjdrage@btinternet.com Find me on Facebook and Instagram Love and light